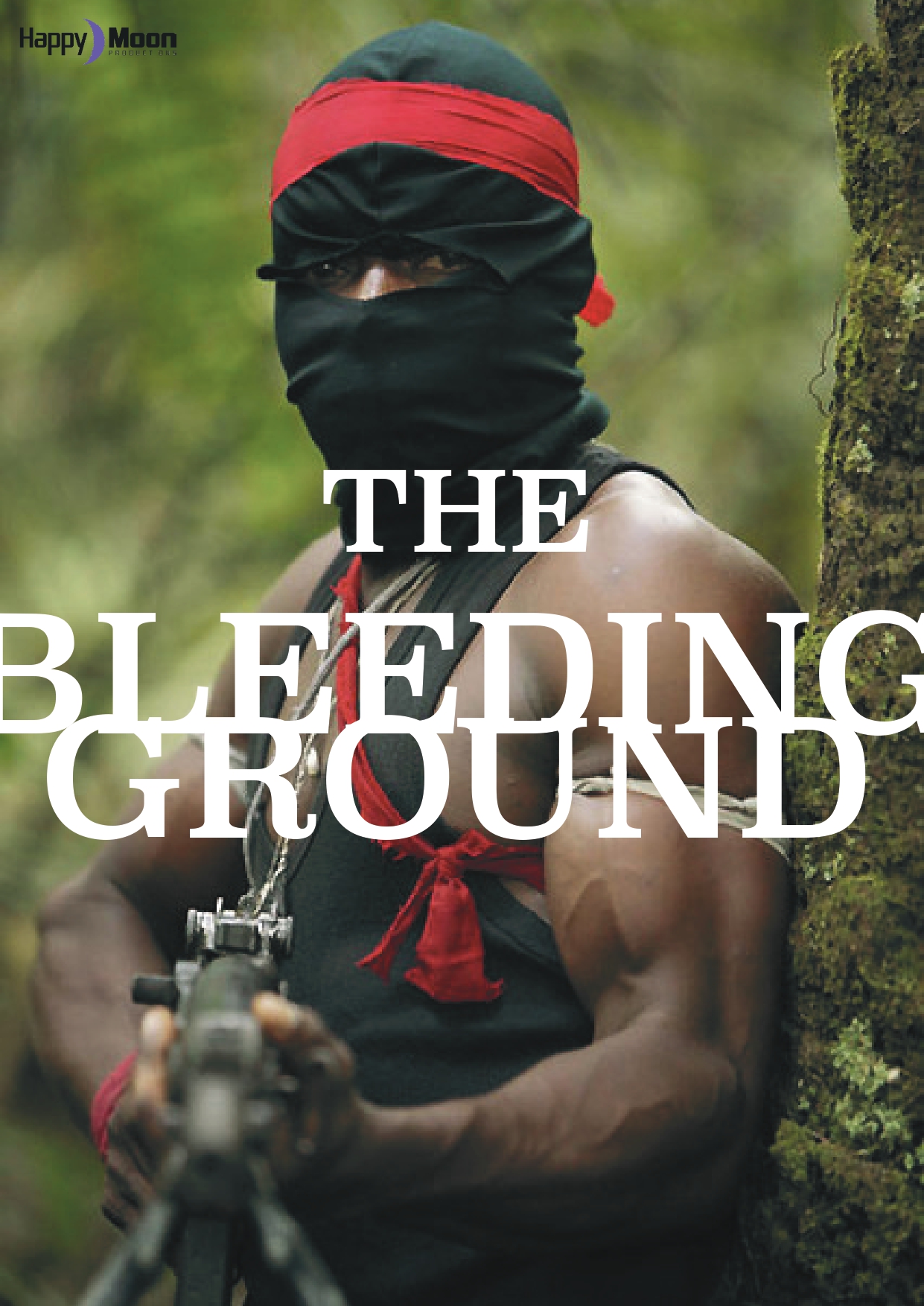 Co-Production with Hair in the Gate film Productions (UK)

Shooting  end of 2022 in South-Africa

It seems however that Jenie and Lucas somehow know this about Muhammed, and he learns that Jenie has some type of super-natural power. In reality, Jenie can not only talk to the dead, who seem to want to talk to her all the time, but Jenie can predict the future.lat

“b” is an action-scifi feature film set in the near future in the vein of Her and Lucy. The story’s theme is about the ethics of using Artificial Intelligence on the human body and mind. “b” also questions, what does it mean to be human? As sentient beings, does A.I. have the right to live freely among human

"THE INVASION" rencontre le "VILLAGE OF THE DAMNED".

When the kidnapping of a spoiled socialite goes bad, the antagonistic group is forced to take refuge in an old abandoned Inn deep in the woods, where they must band together through the night to fight off an occult, home invasion and an evil force within,  only to be confronted by an even more sinister enemy. 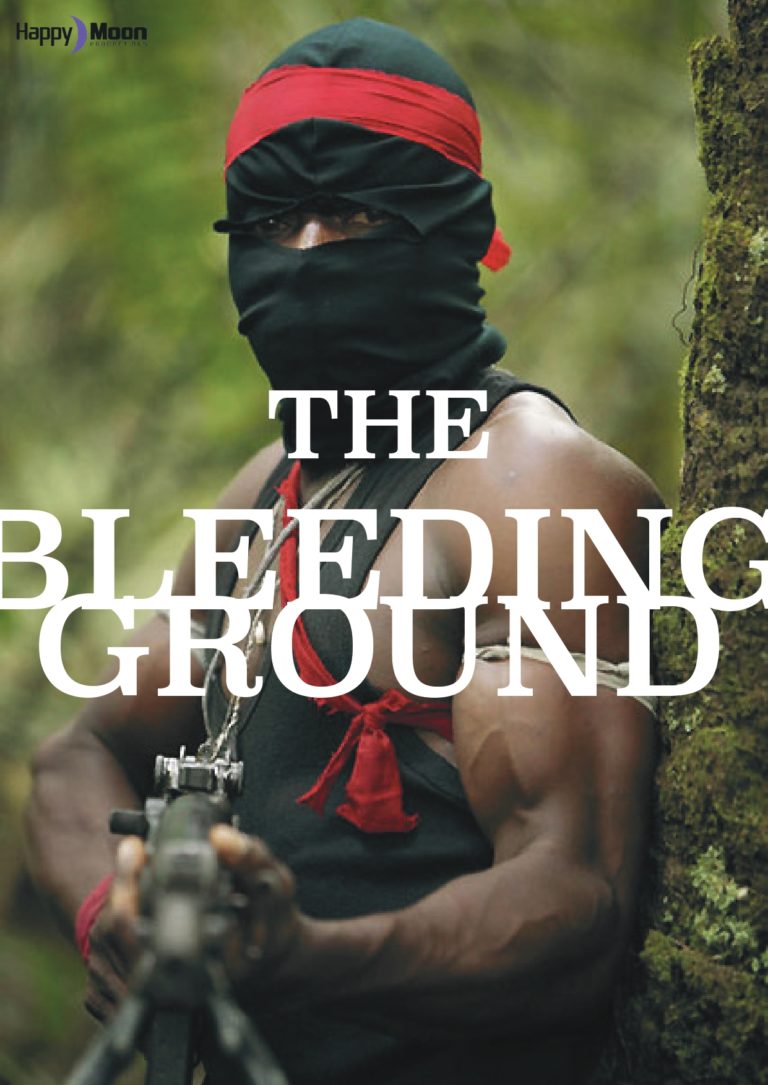 Shooting  end of 2023 in South-Africa

Deep in the Niger Delta the village of Obioku stands alone in remaining untouched by the insidious oil industries that have spread their tentacles throughout the Delta rivers.
Following the explosion of a refinery, the nearby village of K-Dere is devastated and landfills of toxic waste become unusable to Neutex Oil. Newly appointed Neutex president, entitled and arrogant James Layton has no qualms about using Obioku,
previously off limits, as the new dumping ground for the waste as well as a new site for drilling.
James lives in the shadow of his domineering and pioneering father, Sol, who, despite passing responsibility over to James, maintains a tight grip over the running of the company. When James’ wife is kidnapped by militants out of the Delta, favours done by his father and a Nigerian businessman to have her returned quickly force James to make decisions that place the future of the company, and himself, in danger.
Many residents of the Delta are pushed into a dangerous life after the oil industry strips all else away. They have turned to theft, kidnap and murder to live. Others turn to the oil companies for work.
The militant warriors of Obioku are led by the powerful, environmentally committed, Idoma Kwali. Unlike James, Idoma does not live in his late father’s shadow, he embraces the legacy: to rid the delta of the death, disease and contamination that big oil brings. A legacy he hopes to pass on to his son, Tobi. When tragedy befalls Idoma and he loses Tobi at the hands of Neutex, he channels his anger and becomes determined to force Neutex out of his home and stop the drilling.
Idoma uses the knowledge of what Neutex plan for Obioku as a weapon. His and James’s paths collide in violence and death as James is kidnapped and confronted with the reality, firsthand, of big oil’s destruction in the Delta. James is forced to make a decision between his life and the company his father built and he has inherited.
James must confront his father while dealing with the fallout of his wife’s and his own kidnapping. The collision of these two worlds and these two men is violent and destructive and spreads to everyone close to them.in

A mystery about two sisters Jessica and Kelly whose lives intersect. Unfortunatelly, when they do their lives unravel and they take a violent trip down memory lane.

Iconic Model Justine needs the flashy cameras to feel alive. Without the eye of the camera she is nothing. Once, she was the favourite of the most famous designers and photographers. But, from one day to the next, at the height of her career, Justine stopped working with Lucide Amère, the most influential designer. Why? Both keep silent about it. As jobs decrease in numbers and importance and competition increases, Justine fears for her visibility. Not to be seen anymore, means not to exist anymore. Justine struggles for her existence, gradually losing her mind in a downward spiral of illusion, self-denial, loss of identity – and murder.

Because at the same time, the glittering world of haute couture becomes the stage for a series of bizarre murders. A killer is hunting down models, whose corpses he exhibits in exposed public places, their throats slit and their bodies artfully bound and fettered. The killer’s trademark is the black tape over the eyes of the  victims – a detail that has caused him to be
dubbed the “Censor”.  All the victims have something in common: their modelling careers are closely linked to Lucide Amère. As Lucide turns out to be the only one to bring Justine back to the flashlights, she eventually walks for Lucide’s highly anticipated show. Is Justine herself now on the Censor’s list? Moreover, she gets into the focus of inspector Leblanc’s investigations. He has taken on the case for reasons he initially doesn’t let on.

With Justine, we break through the hyperreal, flawless façade of fashion and dive straight into the nightmares of human abysses. We meet people who only exist as abstract sketches of themselves. Like fashion: thousands
of cuts and designs, with changing identities. Isolated and, at the same time, split up into many. The deeper we are drawn into the glamorous fashion world, the more it shows us the shocking horror behind the scenes: abuse and exploitation, and a conspiracy too big to stop anymore.

In the end, Justine has to face her demons to leave her nightmare: Who am I? I am many. And: Could she kill a person herself to survive? Or does she herself first have to die to finally be born? A battle for her sense of self begins.